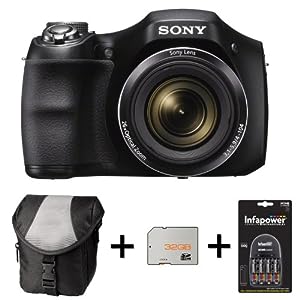 The Huge Swallow (AKA: A Photographic Contortion) is a 1901 British short silent comedy film, directed by James Williamson, that includes a person, irritated by the presence of a photographer, who solves his dilemma by swallowing him and his digital camera complete.